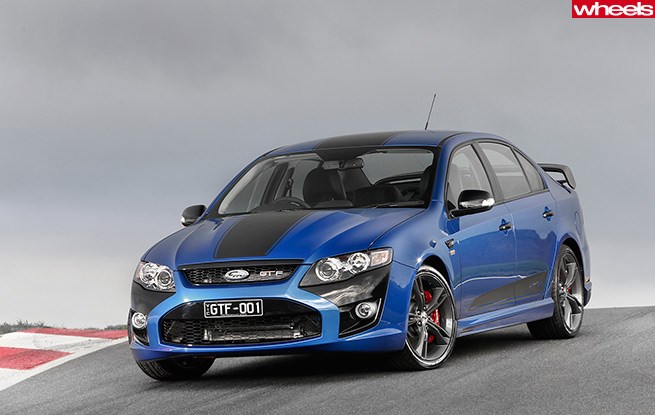 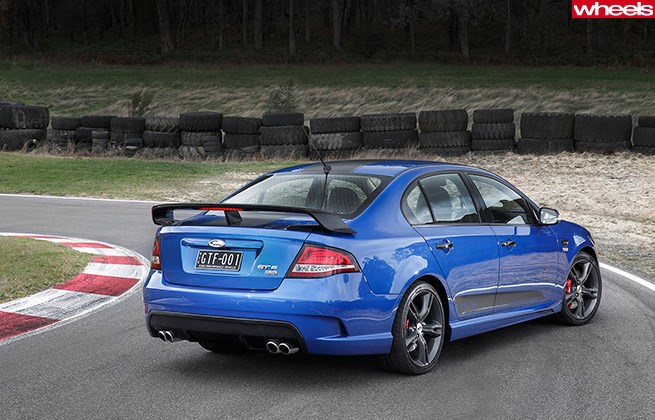 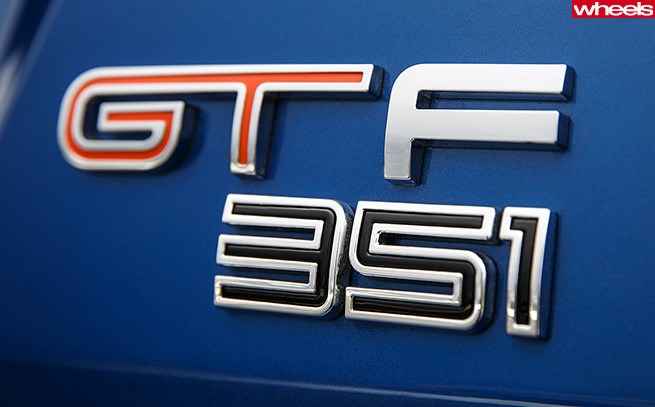 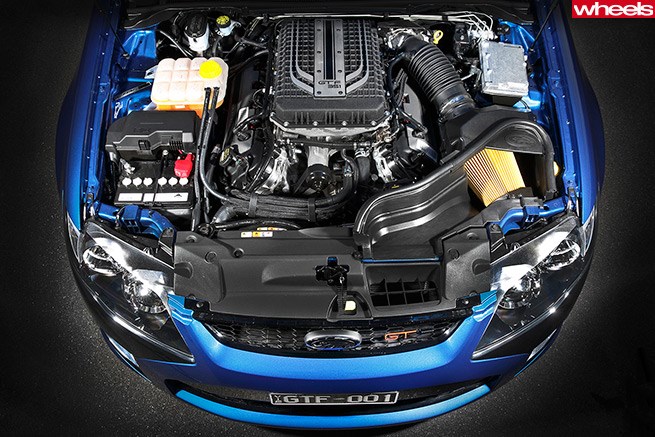 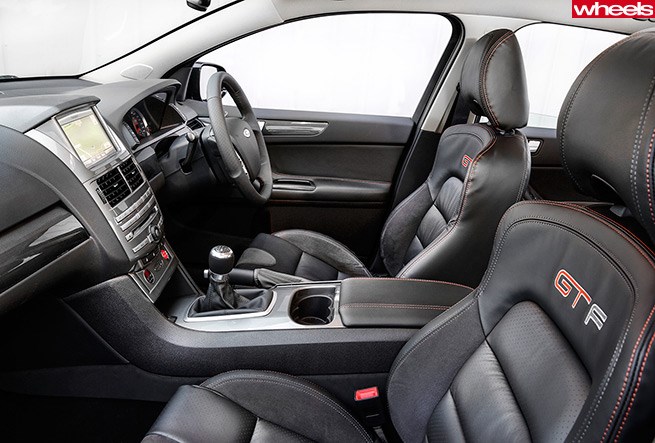 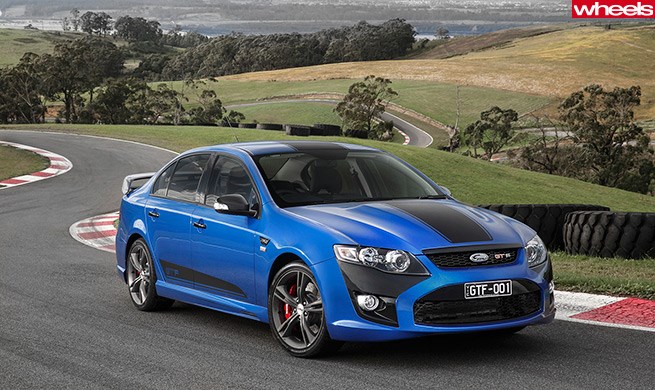 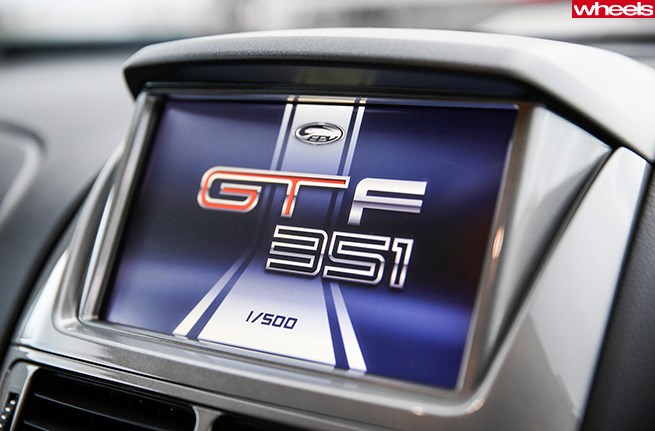 We know because we were given a short teaser of the last-ever Ford Performance Vehicle at Ford’s You Yangs proving ground south-west of Melbourne earlier today.

FPV will build 500 examples of the 351 GT-Fs – and 120 Pursuit utes – over the next few months before shutting down the brand.

The supercharged V8 Falcons are officially rated at 351kW, but Ford says they will produce 404kW when the transient overboost function kicks in. And the demand for these last FPVs is so great that almost all the cars have already been sold.

The two media test vehicles – build numbers 1 and 14, along with final-build number 500 – will be auctioned off to charity because Ford Australia knows they will raise some serious money.

Perhaps this charity was the reason Ford only allowed the assembled hacks at today’s launch to drive the two GT-F test cars for few laps of the banked oval and a do couple of hard acceleration runs.

As a result, I can confirm the GT-F goes around left-hand corners very nicely indeed.

I wasn’t able to turn right myself, but Ford did allow us to go for a ride with its talented (and fully insured) test drivers who flogged the instant icons like renters.

In their hands, the GT-F was able to go hard around both left and right corners.

This is because the GT-F gets the GT R-SPEC chassis upgrade packages, which significantly improved the handling of the regular GT models.

Traction is also improved thanks to nine-inch rear tyres replacing the fast-to-fry eights on the tails of regular GTs.

The regular GTs tended to suffer a lot more body roll on corner entry, while the R-SPEC, and now the GT-F, feel much more agile.

Of course, the GT-F is still quick to spin the rear tyres, as you’d imagine with 400-odd kilowatts surging down the driveshaft.

Automatic and manual GT-Fs each get launch control systems, and the revised ECU has been tuned for the recently revised stability control. It is now predictive, so if you go to stick the boot in with the steering wheel turned, the system will pre-emptively limit power to stop you careering off the road.

And yes, you can turn it all off if you want to go full bogan and smoke the rears.

From our brief experience, the GT-F accelerates bloody quickly. FPV insiders say it could well be as quick as HSV’s big daddy GTS – or even faster.

While Ford is saying nothing about its pace in public, those in the know claim it can belt out 4.6sec 0-100km/h runs time after time, which is about 0.2 seconds faster than the GT R-SPEC.

As for the visual appeal of the car, the final GT looks smart and is not as garish as some of the GT special editions that have appeared along the way. While FPV fans may have liked something more special, Ford couldn’t justify new body parts for a 500-unit run.

Instead, the GT-F has several blacked out exterior parts and a wide single stripe. There are ‘351’ badges on the boot and front fenders and ‘351’ also appears on the seats and the centre digital screen. There is lots of unique interior stuff, including some neat graphics behind the traditional instruments, while the centre display screen gets cool digital dials and a G-force indicator.

Of course, the driver isn’t going to be looking at these when stomping on the accelerator, but passengers should get a kick out of them.

Our brief taste suggested the final GT Falcon really is something special and whet our appetites for an in-depth drive.

To read about that, check out the next edition of Wheels, on sale 19 June.