C-01. The first motorbike EVER from Lotus! 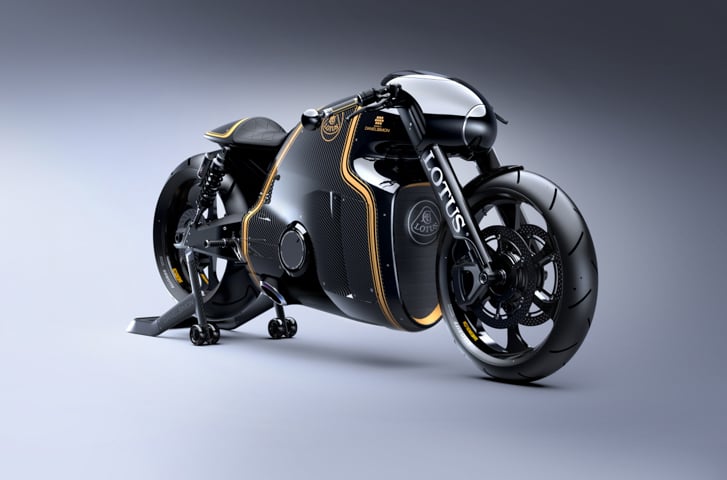 That was the call that echoed several times around the crankandpiston oval office when news from Group Lotus landed in our inbox. The item in question is the C-01, a formidable looking monster that has spent two years in ‘careful planning and intense development’. Now the first motorcycle ever from Group Lotus has been road registered and is ready to hit the asphalt.

As well as a spectacular look – a cross between a cigar tube and Thrust SSC – that comes courtesy of former Bugatti designer Daniel Simon, the C-01 also brings with it a pretty impressive amount of grunt. As part of a tie-up with Kodewa Performance – whose similarly black and gold LMP2 prototypes also grace the World Endurance Championship circuits – the 181kg superbike melds carbon fibre, titanium, aerospace quality steeland a 200(ish)hp two-cylinder four-stroke engine – said to be the same 1195cc V-twin unit from KTM’s ridonculous RC8R superbike – to produce ‘holy crap’ levels of speed. We assume anyway, since Lotus has yet to dish out performance figures. However, boasting around 1105hp/ton, we assume each of the 100 examples being produced will shift off the lines faster than the speed of imagination. 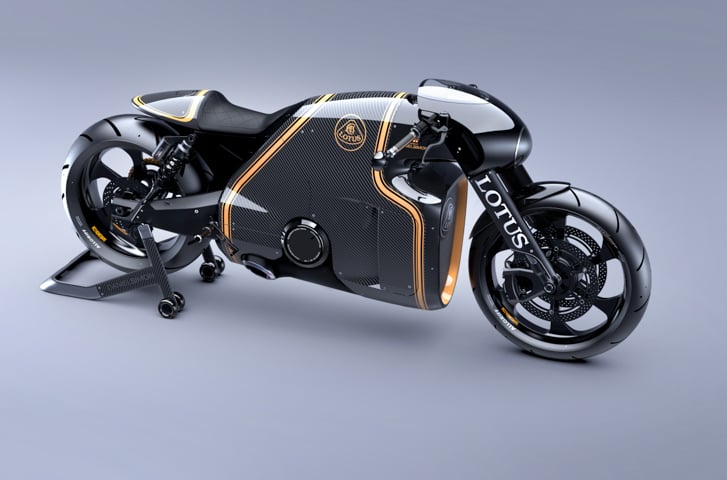 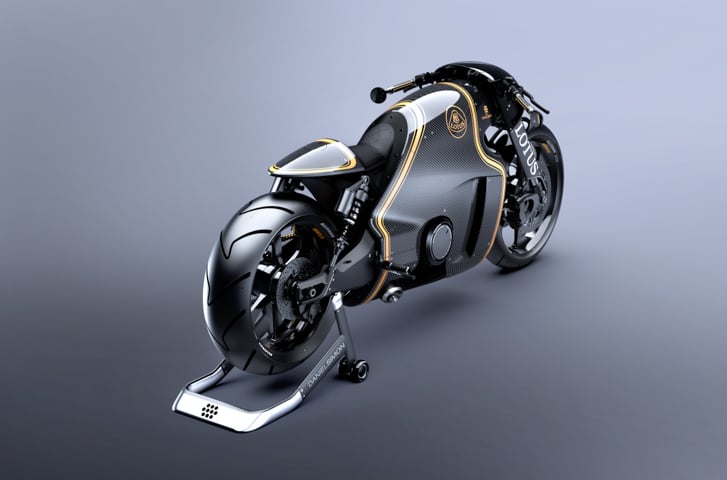 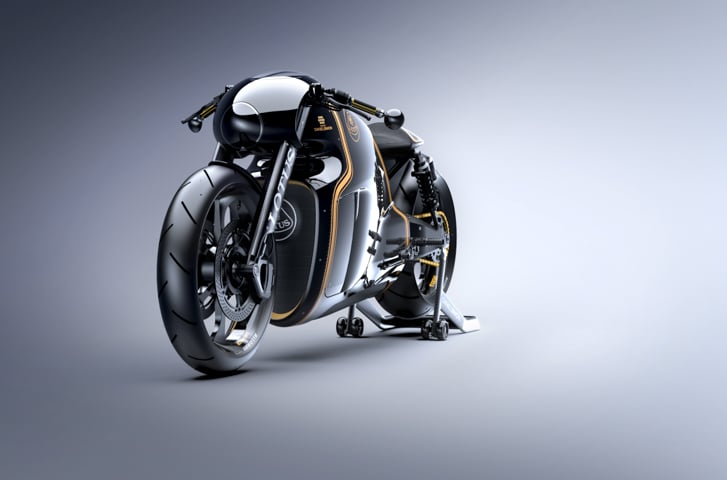 Gorgeous beyond real measure in its JPS-style livery, the C-01 will also be available in a range of other heritage Lotus colours, including British Racing Green and even the blue and white Martini colours. 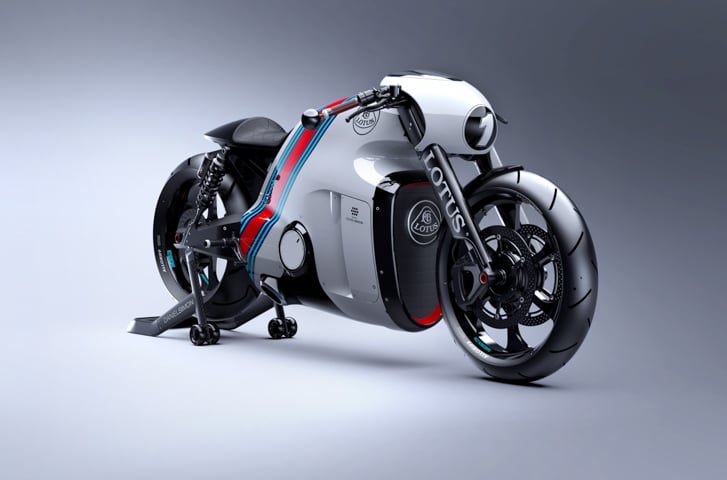 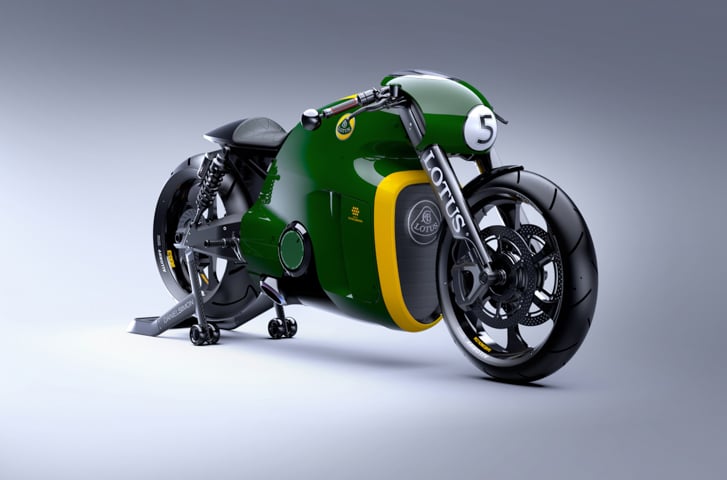 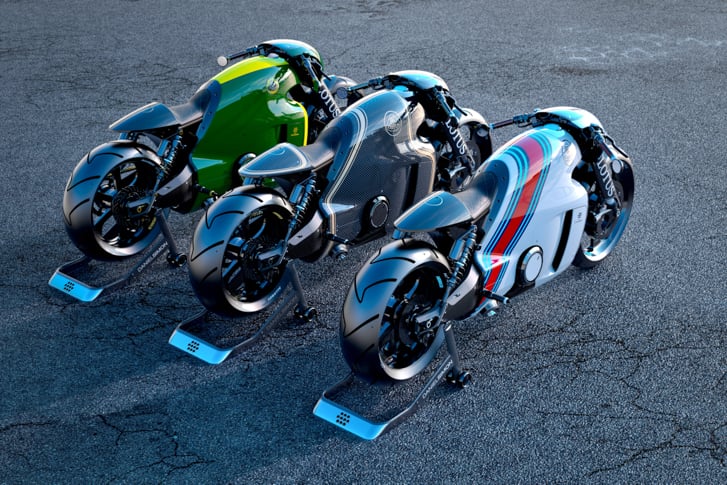