What is Bolt Pattern?

If you are in the market of new rims / wheels, Bolt Pattern is most critical size attribute that you need to pay attention to. It directly impacts how the wheel sits and stablises on your car, which consequently impact on the vehicles and your safety. Because of this importance, we thought to post for our customers this blog which will illustrate the popular 5x120 Bolt Pattern.

5x120 stud pattern is very famous for 2 vehicles. The Holden Commodore and also the BMW. Although BMW has had a few stud pattern changes however, majority are still the famous 5x120 PCD stud pattern. The Holden Commodore in Australia would have to be one of the most famous vehicles on the road. Especially when talking mag wheels and rims. They often go to the 20 inch staggered fitment which is the 20x8.5 and the 20x10, running an average of +40mm offsets to sit flush on the guards or just under. Some of the 5x120 stud pattern wheels for the Holden Commodore need big brake clearance. This is common on the HSV vehicles and the new Redline series. These have the famous red, yellow and now silver Brembo brakes to help slow the vehicle down at a quicker rate. Another shock was the new Honda Civic type R who also sported the 5x120 PCD stud pattern which threw a spanner in the works. I am not sure why this was done but it did cause some serious concern to tyre shops who were trying to put wheels on it with a 5x114.3 stud pattern PCD which was the stud pattern of choice from Honda engineers for the past 10 years when they changed from 4 stud to 5 stud. The 4 stud pattern on the Honda was 4x100 until they changed to a 5x114.3 with the introduction of the Honda Integra DC5. The new 4x4 stud pattern of the VW Amerok is also 5x120 which confused many as the norm for a 4x4 vehicle stud pattern PCD was 6 stud. Like the Ford Ranger and the Toyota Hilux sporting  5x120 pcd stud pattern and the Nissan Navara sporting a 6x114.3 stud pattern PCD.

We dare to say we have the largest collection of Wheels ins 5x120 PCD with over 400 choices to be made to your pride and joy. We also have CNC Machines capable of drilling blank wheels or re-drill existing wheels to suite the famous 5x120 PCD size . So if you are in the market for wheels, make sure you choose Ozzy Tyres to get your PCD size right and accurate from the first time.

We have the full range of wheels above on the website and you can visit the stores located Australia wide or call the 1300699699 number so we can assist with your wheel choice.  Black, machine face , deep dish and concave styles for all vehicle and 4x4s. 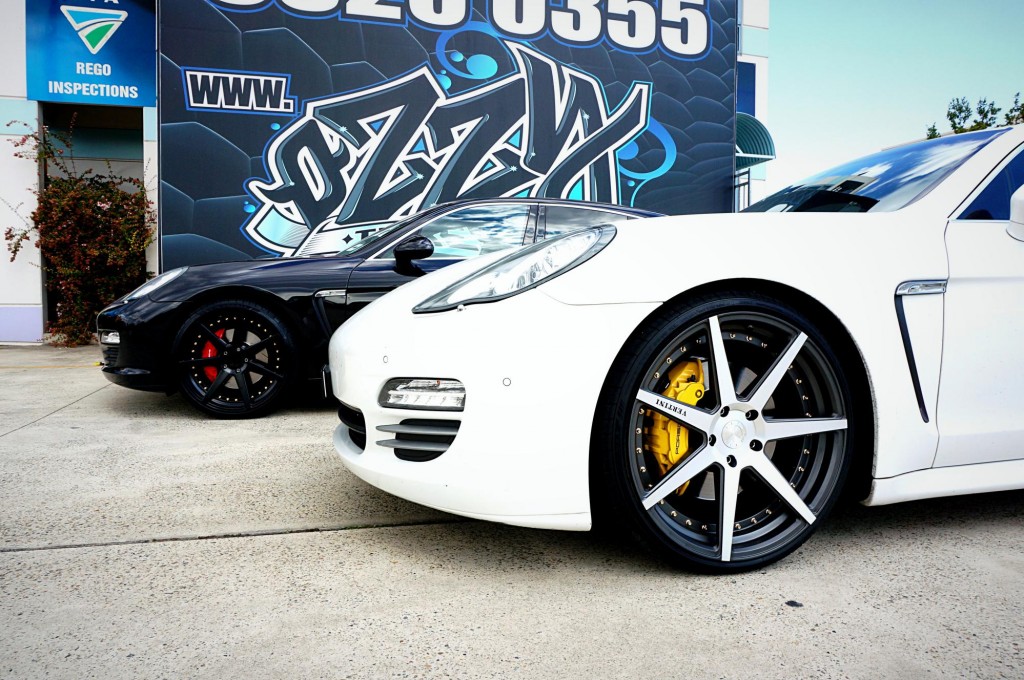 Contact Ozzy Tyres now on 1300 699 699 or visit the online store to view a big selection of superior quality wheels & tyres of different sizes and styles at discounted prices.