Toyota's commodious Kluger may be controversially-styled, but it is nothing if not distinctive
Toyota Kluger Grande AWD
Road Test 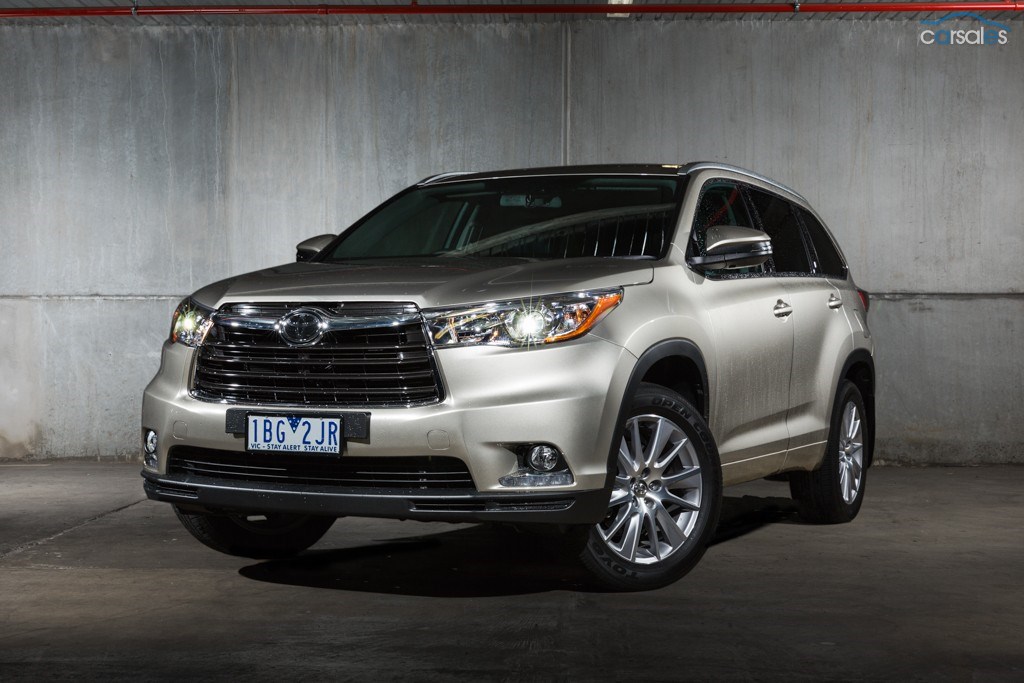 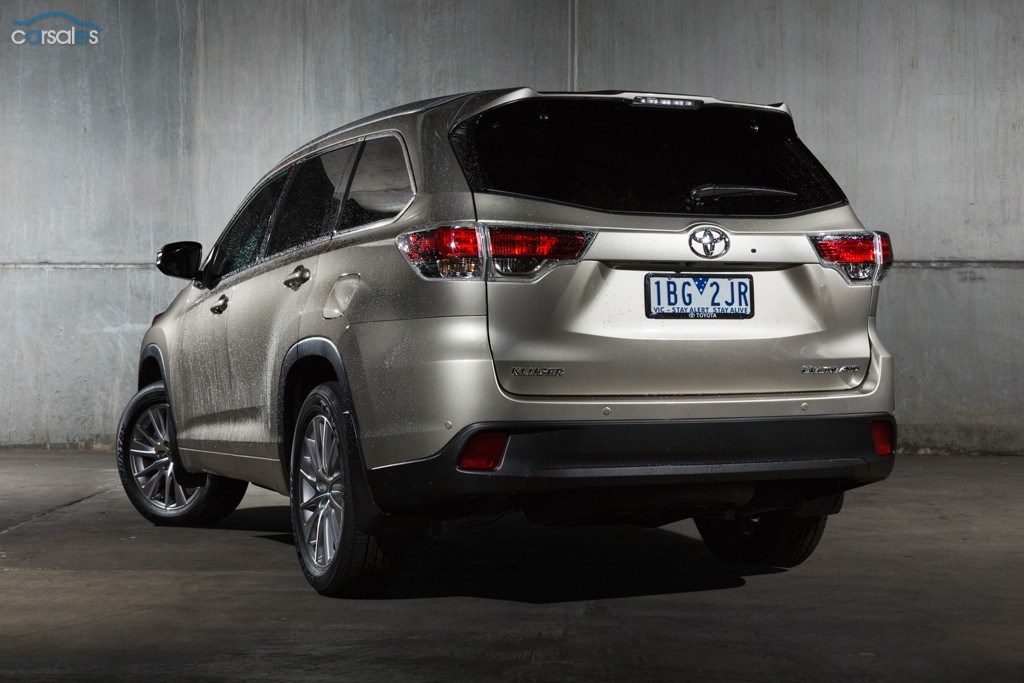 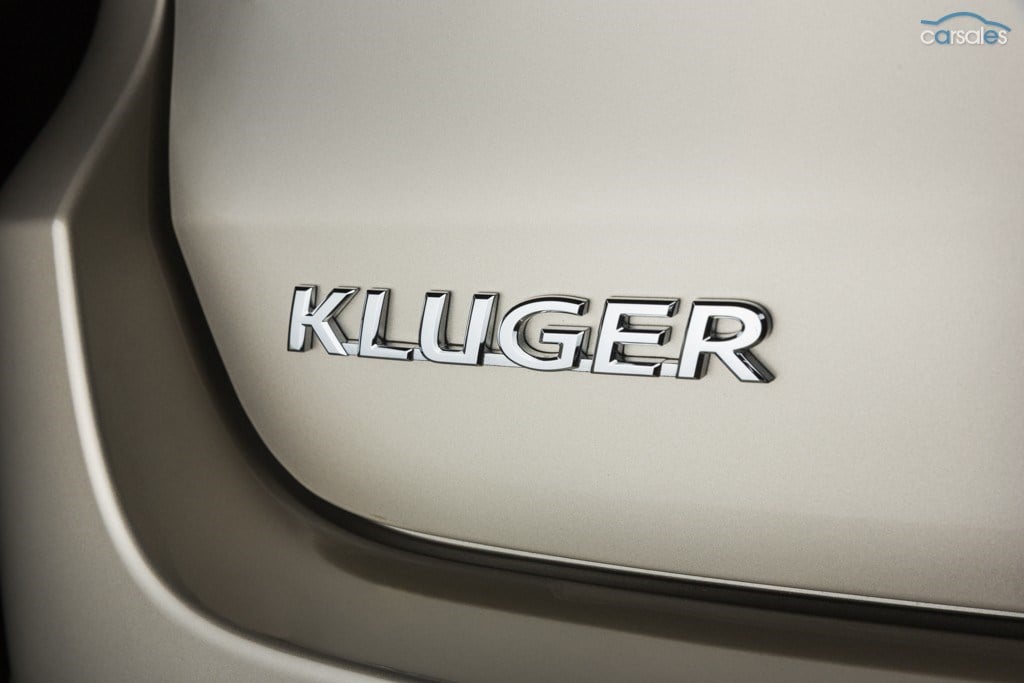 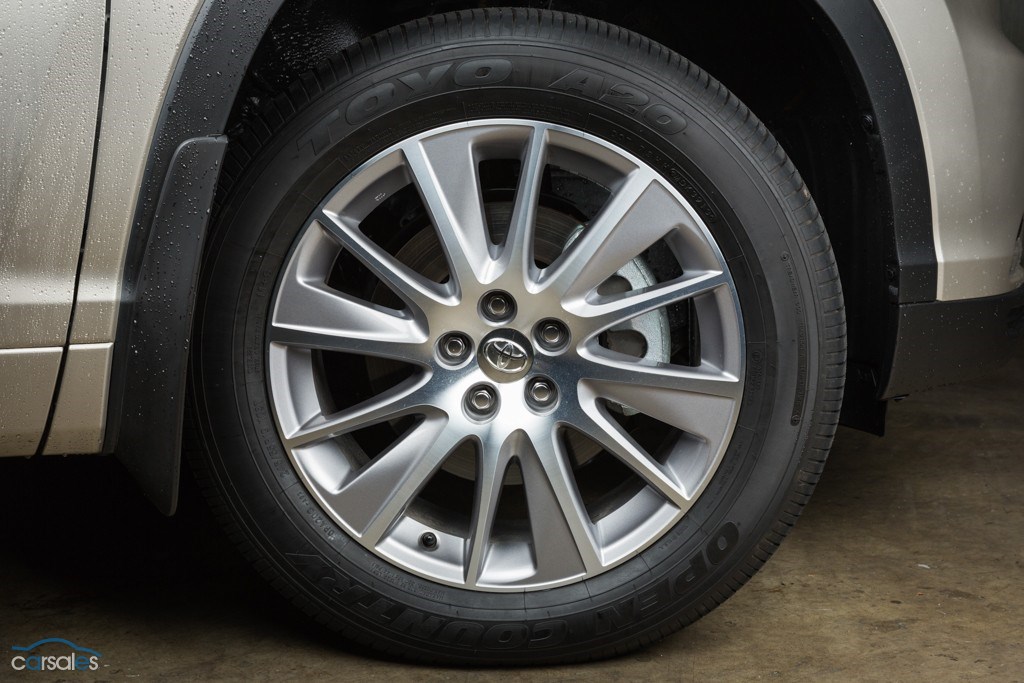 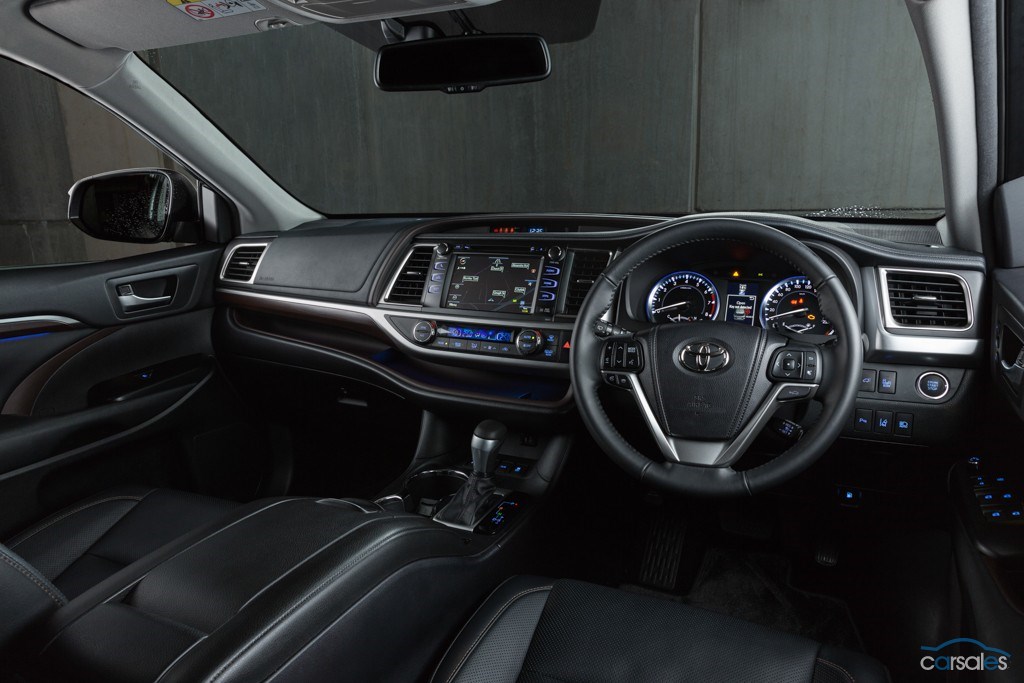 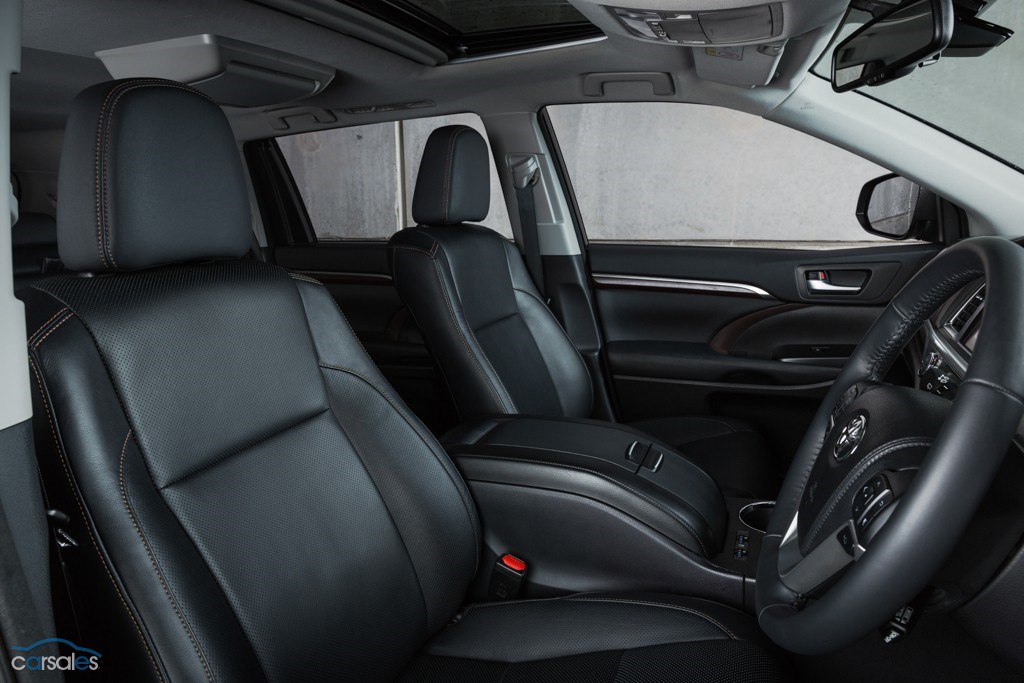 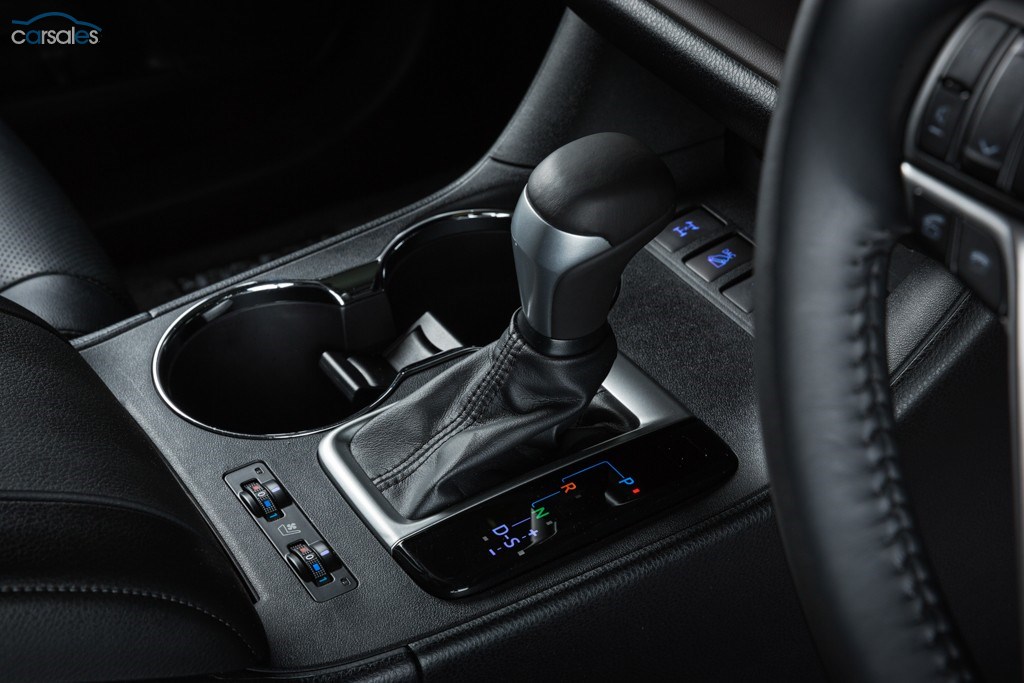 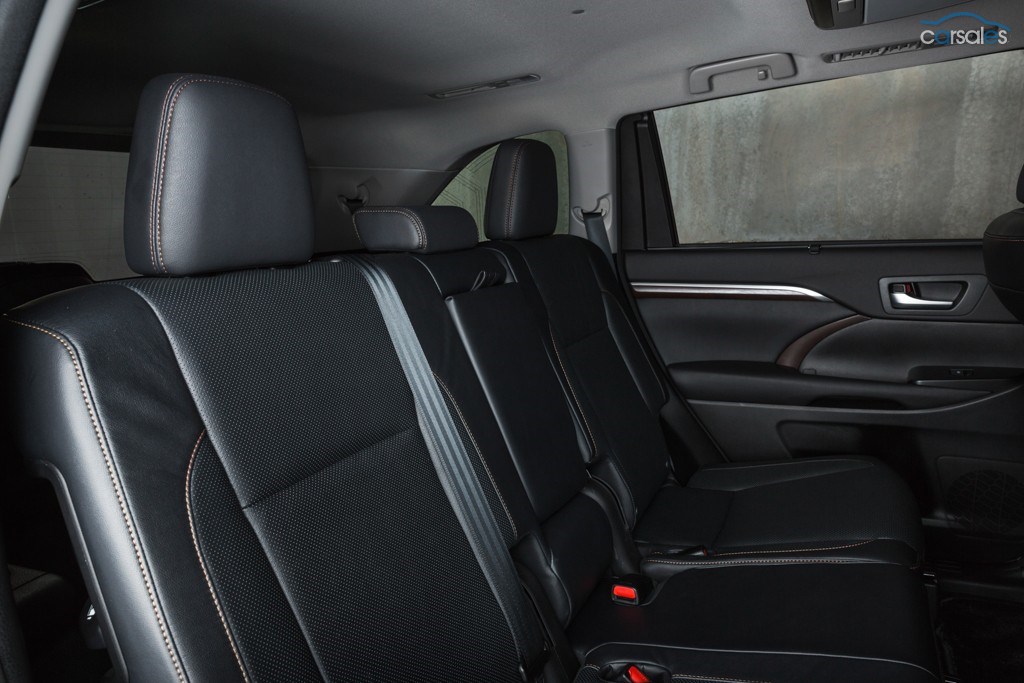 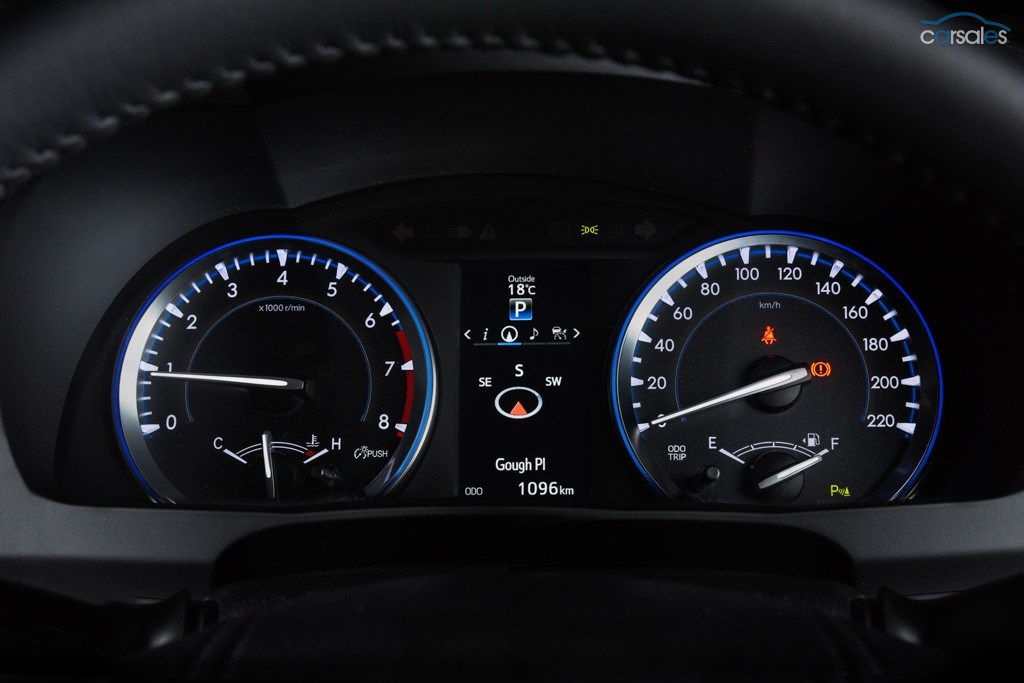 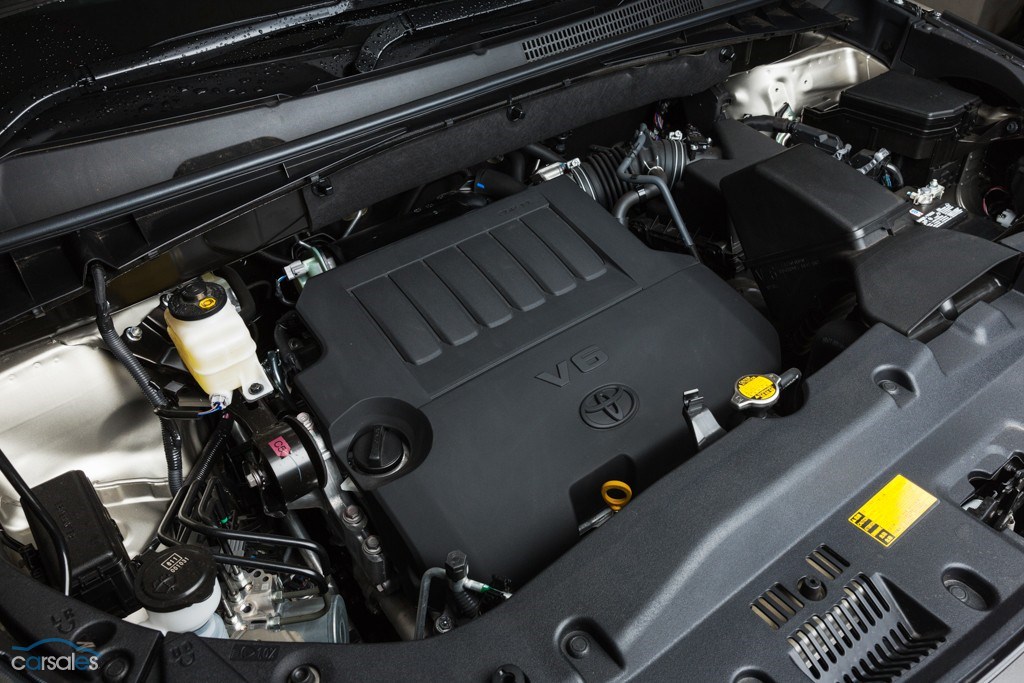 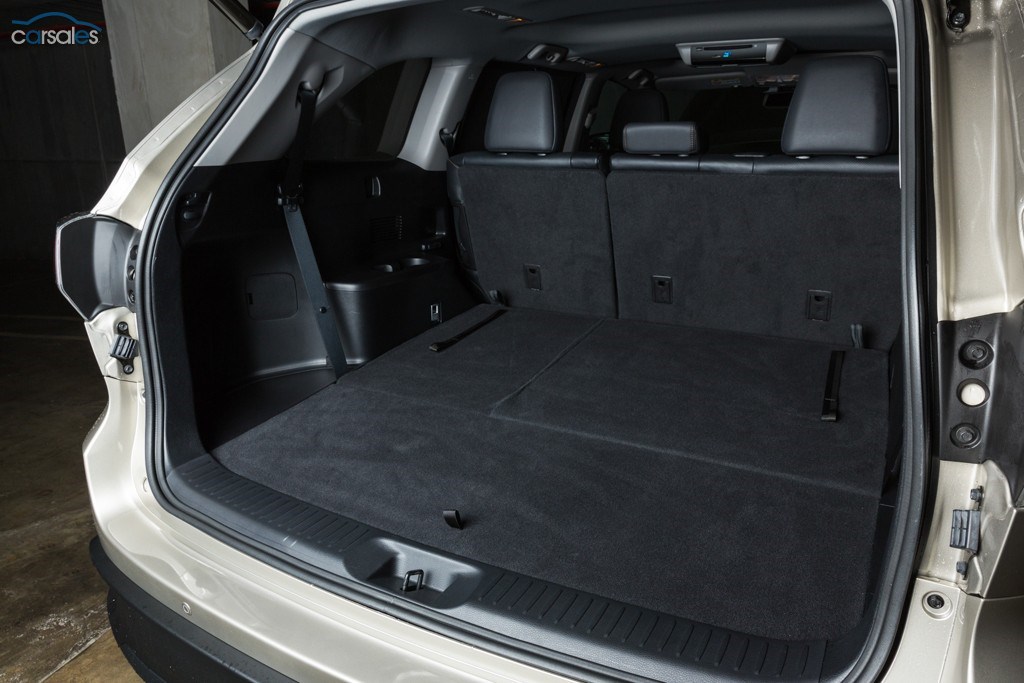 Toyota's commodious Kluger may be controversially-styled, inside and out, but it is nothing if not distinctive. Capable of seating seven, with clever interior packaging, lusty (though thirsty) V6 petrol power, high-set driving position and a raft of occupant comforts it ticks many boxes as an on-road family hauler - and it remains well-equipped for decent off-road adventures when the all-wheel drive box is ticked. Still need that LandCruiser?

In an era of same-same design, it is refreshing to see that Toyota - for so long a brand associated with conservatism - has made it a point to be different.

That's not to say that its designs are universally loved (far from it, at least when gauging my time with the Kluger) but at least they are out there being talked about, rather than blending in.

This, the third-generation in the Kluger clan, is in high-end Grande specification. Its gaping-mouth front and bulbous rear headlight design are softened by a premium-look 19-inch alloy wheels, and lustrous paint. But it still manages to stand out.

There are three model grades in the updated Kluger range, all sharing a 201kW and 337Nm 3.5-litre petrol V6 and conventional six-speed automatic transmission.

Their names are new, though, the base model now called GX (previously KX-R), working through the mid-spec GXL (nee KX-S) to the top-shelf Grande (unchanged).

Each can be had in two-wheel drive form, with all-wheel drive a $4000 option across the range. The GX starts at $40,990 (plus on-road costs) in 2WD form; competitive with the Nissan Pathfinder. But if you want to up spec to the Grande, the price jumps to $67,990 (plus ORCs) when AWD is also selected.

For the money you get a seven-seat large SUV that is extremely well equipped. In common with the GX, the Grande is fitted with seven airbags as standard and comes with a reversing camera and reverse parking sensors as standard. Air-con, cruise control, auto headlights with DRLs, steering wheel controls for the multi-information display and a full suite of safety acronyms are also included.

It also adds the tri-zone climate control system, keyless entry and go, a 10-way adjustable driver's seat, leather-accented trim with heating and cooling to the driver and front-seat passenger pews.

Climbing up into the cabin, you notice the somewhat fussy exterior design is carried over inside. It's a nice place to be, with ample comfort and the room you'd expect of a large SUV, but there's a confusion of materials - leather, 'woodgrain', soft and hard plastics with different textures - that exacerbates the odd, open storage space that takes a slice out of the centre stack. Toyota says the space has designed to be non-slip, but my iPhone was flung about on more than one occasion.

It's nice that there are two cup holders next to the gearshift, but they are of the type that holds a 'small' American takeaway lemonade rather than a regular Australian coffee. The 'roll-top' on the centre armrest impresses my wife, comfortably and securely fitting her handbag.

She is also a fan of the commodious middle section (with knee room perceptibly improved thanks largely to the front seat-backs being 39mm thinner than before), with its separate climate control system, 60/40 split-fold capability, 9.0-inch screen and sliding window shades creating its own ambience.

Back in the third-row, an increase of up to 110mm in width compared to the previous model makes it far more accessible for adults, while kids have plenty of elbow room. The rear seat also has a recline function for the first time and can of course be folded down. Seat-up, the luggage area is rated at 195 litres, an improvement of one-third.

In this day of downsizing and turbocharging, it's clear the days of a large-capacity, naturally-aspirated petrol V6 are numbered. It's unfortunate, because the unit in the Kluger is more than a match for its 2065kg kerb weight, easily propelling the Toyota off-roader off the line with a lusty, cultured note and plenty of punch throughout the range, assisted by Toyota's acoustic control induction system which can alter the length of the engine's inlet runners to maximise low-end torque and top-end power.

The disadvantage of this large petrol engine lies, inevitably, at the petrol pump. Though capable of running on 91 RON ULP, you have to visit the station frequently. After 100 kilometres in mostly stop/start traffic the figure of 21.0L/100km is alarming, so much so that I endeavour to drive gingerly in an effort to reach the claimed figures by the end of the week. Using highways predominantly, I manage to see 13.0L/100km.

As well as the old school consumption, the Kluger feels less modern to drive than a Pathfinder in my opinion. The Toyota's steering is particularly heavy at low speeds, though its accuracy isn't in question. It will lose commuting points, however. Ride, with the benefit of localised suspension tuning, is smooth while the 55-profile tyres assist with grip levels, working with the intelligent stability control system to keep the Kluger tracking true.

Kluger's all-wheel drive system is now on-demand, replacing the previous full-time 50:50 split. It uses speed, steering and throttle angle as well as yaw rate to determine how much drive needs to be sent to the rear treads, up to that 50:50 split where required, though interestingly it can head to 100:0 'when moving from standstill on slippery roads' up to 25km/h. The Grande also gains a real-time torque distribution graph on the multi-function display.

For more serious off-road types, the Kluger's ability to lock the all-wheel drive system, along with its effective hill descent control, means the Toyota is maintains comforting capability when grip levels are low.

In essence, the third-generation Kluger is a well-resolved large SUV. It has very good on-road manners with real off-road capability. If you don't mind the styling, and can live with the engine's thirst, a Kluger AWD (to the appropriate specification for your budget) should be on your shortlist.