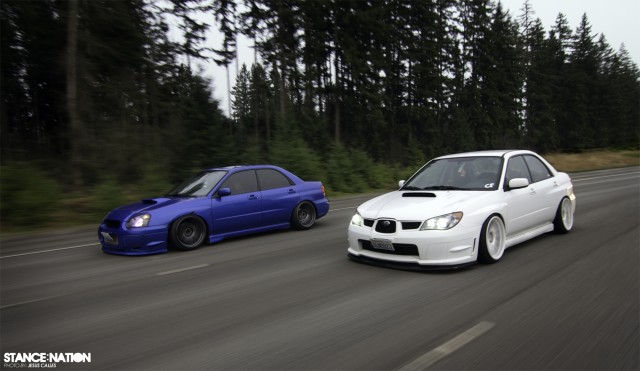 When photographer Jesus Calles emailed us wondering if we were interested in posting up these two slammed Subarus, we gladly agreed! Connor is the owner of the blue one while Parth’s is that sexy white on white. As you probably noticed from the plates both of these cars are out of of Washington and judging by how low they are it’s safe to assume they did a lot of snow plowing this winter. Like we always say, it doesn’t take a lot to drastically improve the looks of cars, especially these Subies. Don’t be afraid to go crazy with the drop, fit your car with some lower offset wheels and your car will be thanking you. Though we definitely encourage you to get creative and experiment with other things that will not necessarily make you look “different’ from others but rather make you fall in love with your even more. After all, we’re supposed to build cars to make ourselves happy not others, right? Enough of that though, why don’t we take a look at these awesome rides, what do you say? 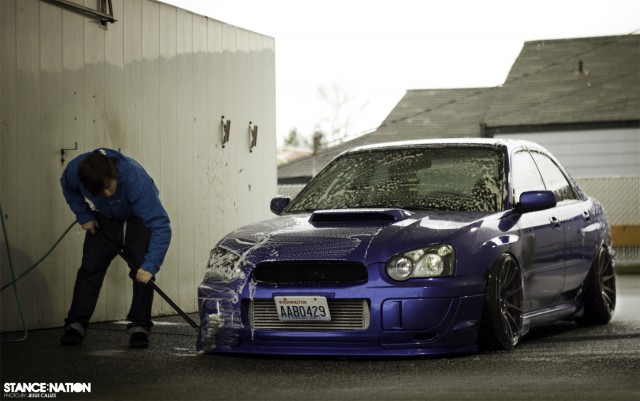 Connor’s Subaru sits on a set of JIC coilovers accompanied with JIC front camber plates and Ingalls rear camber plates which put him at -3.4 camber up front and -6.1 camber in the rear. Wheels are XXR 527′s sized at 18×9.75 with +20 offset all around and wrapped in 225/35/18 tires. Other things that Connor has going on his Subaru is a VF34 turbo kit with that big intimidating SSAC FMIC seen in the photo above. It’s also got a HKS Hi-Power Catback exhaust, Cobb V1 Intake and quite a few other engine upgrades. We’ll include the spec list on the bottom of the post. 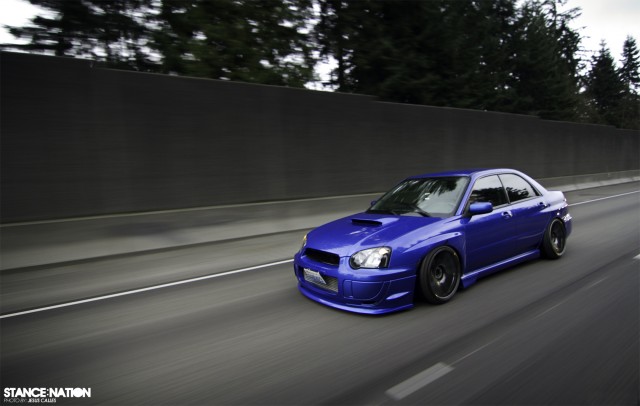 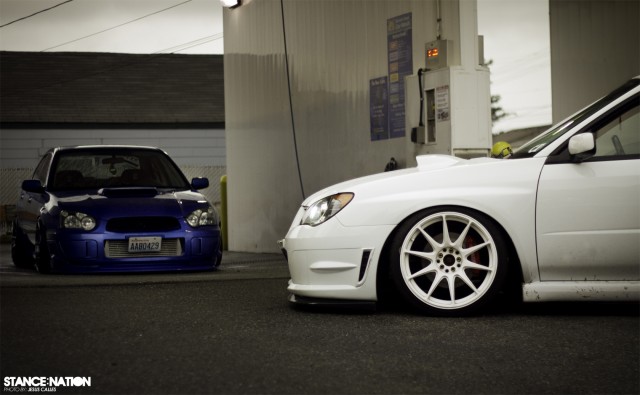 Parth’s ride doesn’t push as many horses as Connor’s but it definitely breaks just as many necks. It’s sitting on Godspeed Coilovers (notched for extra camber) along with Ingalls Rear Camber Bolts which put him at -2.9 of camber up front and  -5.3 in the rear. Parts is also rocking the same set of shoes, XXR 527′s in the same size and widtg, 18×9.75 +20 all around with 225/35/18 tires. Check out this rolling shot hat Jesus shot, just awesome! 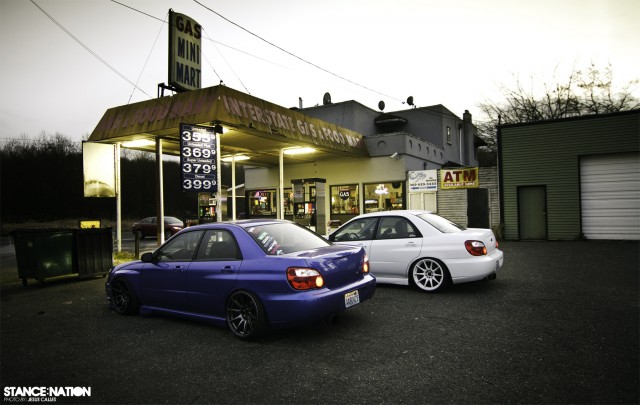 Big thanks to Jesus Calles for hooking us up with the awesome photos and of course a huge shout out to Connor and Parth! Make sure you contact us if you think your ride has what it takes to be on our site! See you on our facebook! 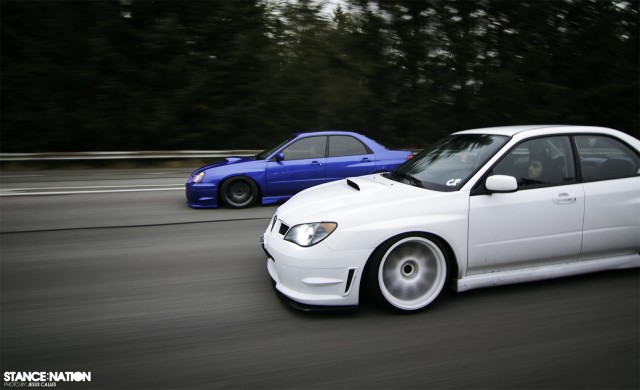 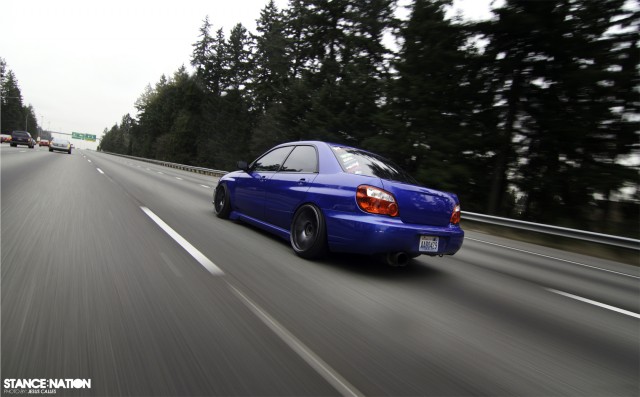