A little red roadster might have been making all the new car headlines last week, but this week it’s all about Mercedes-AMG and its stunning new sportscar.

Designed by a team led by Daimler AG’s Vice President of Design, Gorden Wagener, and developed entirely by AMG under direction from its Chairman, Tobias Moers, the simply named ‘GT’ is a high performance coupe that ‘embodies the spirit glorious of Mercedes sports cars from the past’. And it’s only eight months away from becoming a purchasable reality. 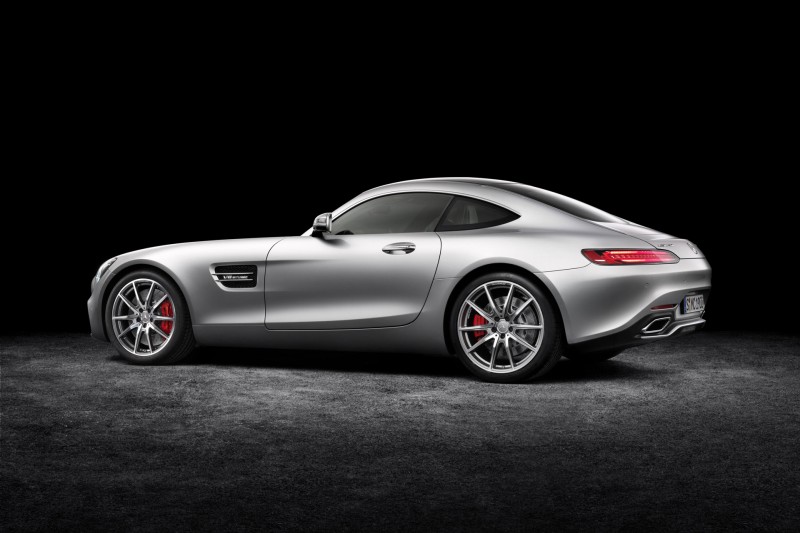 For its second ever in-house build, Mercedes-AMG had clear intentions for the sports car: first-class racetrack performance with superb everyday practicality. If its specification and these first images are anything to go by, Mercedes-Benz’s official tuning arm looks like its achieved everything it set out to, and more.

Two versions will be made available, the GT and higher-powered GT S. Based around a largely aluminium chassis structure that weighs just 231kg, the tightly-packed bodywork design with minimal front and rear overhangs and active aero, has both beautiful visual proportions and a 47 per cent front and 53 per cent rear distribution of weight (1,540kg total). 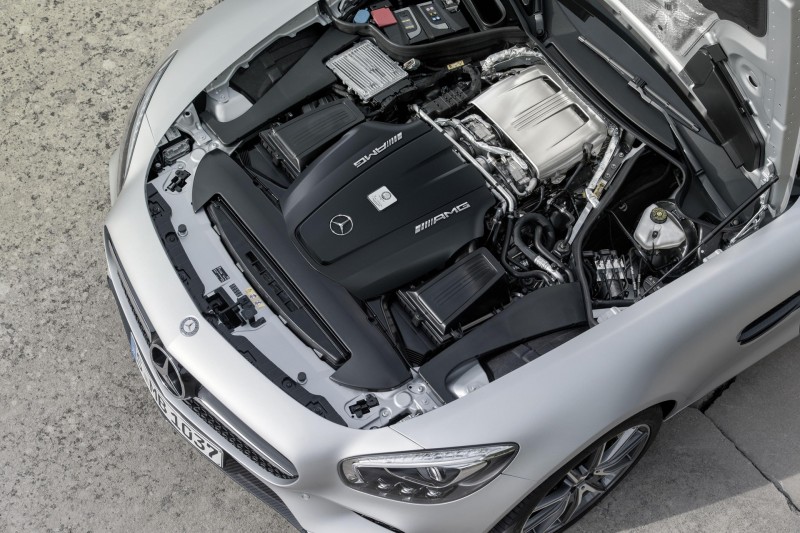 Under the hood there’s a one-man, hand-assembled biturbo M178 4.0-litre V8 that Mercedes-AMG designed specifically for GT’s application. By way of architecture, the twin turbochargers that boost output to 510hp/650Nm in the GT S variant (462hp/600Nm for the GT), are not mounted on the outside of the cylinder banks like you might expect, but in a ‘hot inside in the V’ position. It’s a configuration popularised by BMW in recent times, and offers a number of performance benefits, including quick turbo response and low exhaust emissions. A dry sump system in the mix ensures reliable oil supply regardless of lateral force loads and allows the engine to be positioned lower in the chassis than it otherwise could be. 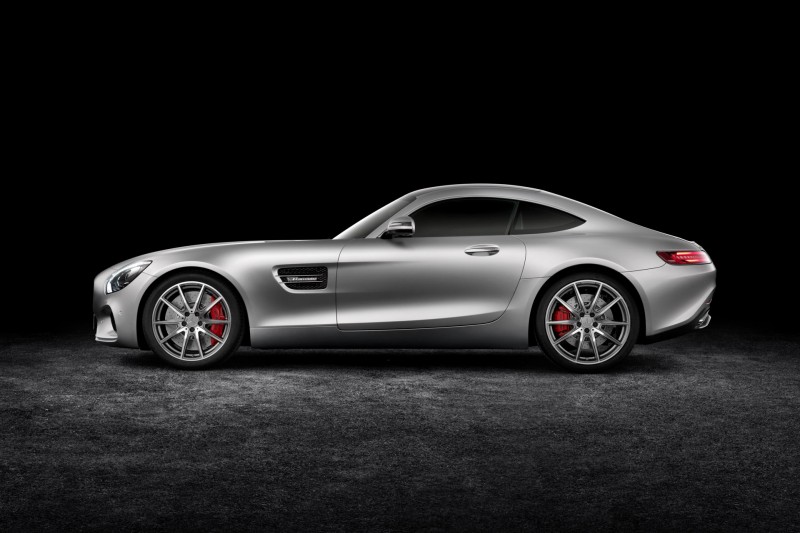 As you’d expect in a car of this pedigree, there’s no third pedal. What you do get is AMG’s quick-shifting seven-speed Speedshift DCT in a transaxle arrangement, with a mechanical differential for the GT and a electronically controlled unit for the GT S. Mercedes-AMG says that it all equates to 0-100km/h (62mph) sprints in just 3.8 seconds and an electronically limited top speed of 310km/h (193mph) in the S. 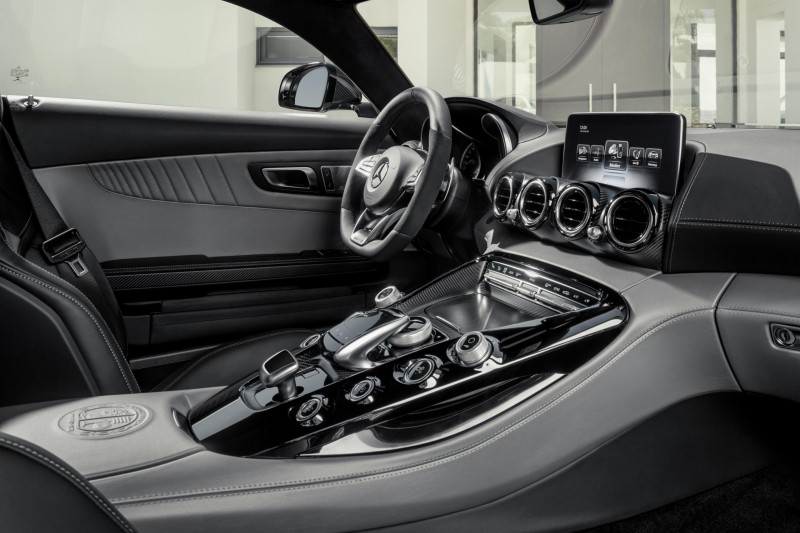 The interior is a place where art and function collide. Here, high quality materials including Artico man-made leather, carbon and aluminium, mix with technology – the latter incorporating a centrally-mounted 8.4-inch command screen. Multiple trim options are offered to satisfy all tastes.

It will all come at a cost of course, and while we’ll have to wait until next month to see how deep your pockets will need to be to own a GT or GT S, an on-sale date of April 2015 has been confirmed. Check out the clip above to see and hear the machine in action, and then let us know what you think of Mercedes-AMG’s creation in the comments section below.