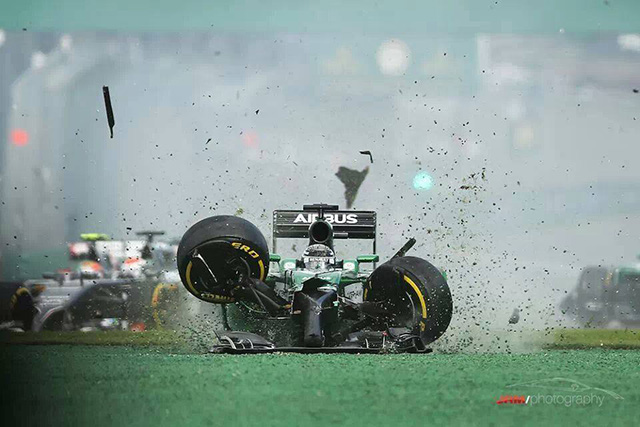 Compared to some of my fellow Speedhunters, I’m more of what you might call a casual Formula 1 fan. I don’t religiously follow every bit of  F1 news, but I do try to tune into races whenever I can. And like many, I’d been anxiously awaiting the start of the 2014 season which kicked off in Australia last weekend. I’m sure you know that this season is a major turning point for F1 with a switch to turbocharged V6 engines, some big rule alterations and numerous driver changes up and down the grid. In other words, if you haven’t been following F1, now might be a good time to start.

So what exactly went down in Melbourne last weekend? Quite a lot as it panned out… There were crashes, mechanical failures, epic rookie performances, post race controversy – and of course that strange new turbo sound.

Among the big stories were the early retirements of both four-time champ Sebastian Vettel and pole-sitter Lewis Hamilton due to mechanical issues. While Hamilton’s Mercedes would be out of the race early, his teammate Nico Rosberg would have much better luck, getting to the front early and staying there to win the race by a significant margin. Vettel’s new teammate Daniel Ricciardo crossed the line in second but was later be stripped of his finish after officials found his car didn’t comply with fuel flow regulations. This allowed McLaren’s young driver Kevin Magnussen to take second – an incredible result for the 21-year-old rookie’s first F1 race.

So what are your impressions after the 2014 F1 season opener? What are your predictions for the season? Will Red Bull get back to its winning ways? Will Mercedes continue on as the favorites? Has McLaren gotten past its dismal 2013 showing? How about Ferrari and its new super team of past champs Fernando Alsonso and Kimi Raikkonen. Last but not least, what do you think of F1′s new toned-down turbo sound which Bernie Ecclestone has since promised to improve? The video above in particular does an incredible job of talking about the difference in sound between last year’s cars and this year’s.

Yes, we are just one race into a long season, but if the Australian GP is anything to go by 2014 could be a year unlike any in recent memory.